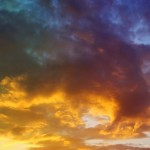 A long, long time ago, in a galaxy far away … no – not quite so long, and not quite so far away, a young man, whose many names I would not be able to write down here (ok, here is one: Taumel), gave into my hands a book. Well, now this is no curious thing, you think, that’s right, but let me tell you more. There were white letters on the black cover, which did not make sense to me: Alastor.
Grinning from one ear to the other, my friend whispered to me, that THIS was ‘truely a Vance’! And – hush – in bright blue letters, not quite as huge as the white characters, there was the name Jack Vance printed on the book.
Why, this book contained more pages than I first thought and I was not really fast in reading then. But on the advise of my good friend I began to read. I noticed that the book contained three separate novels taking place in the same universe, but the stories were not reffering to each other.

The fascinating exotic worlds catched my interest. Soon I reached the last book: Wyst: Alastor 1716
The protagonist in this book is a person I was easily able to identify myself with, for his wish to be an artist in drawing and painting is very familiar to me.
With more enthusiasm than ever I read the adventures of Jantiff Ravensroke from Frayness on a planet called Zeck, who wants to study the Colors under the light of the white star Dwan on the planet Wyst and who has to establish, that this ‘utopia’ doesn’t really have such an egalitary system as it is said of. Things are being stolen as ‘needed’ and suddenly Jantiff is pushed into a very strange adventure-like story …
I do not want to retell the whole story here (I even do not have good enough english), but this book was my personal introduction to the fantastic worlds of Jack Vance. In the years after I devoured all books I was able to get from this fabulous author. Thank you, Jack Vance! Thanks for all the hours I was allowed to engross into your worlds.

Much more information about Jack Vance, who unfortunately died in May 2013, you can find on the official Jack Vance Website. May his books feed the fantasy of hundreds of thousands of readers on this and other worlds.

PS: Another great tip for reading are the adventures of Cugel the Clever (Amazon E-Book).